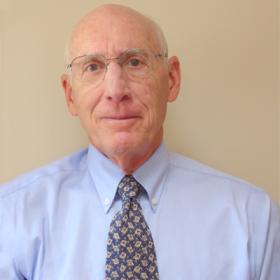 A Professor of Medicine who started his cardiology career at the USAF School of Aerospace Medicine performing cardiac screening of pilots, astronauts and military athletes. He is an international expert in clinical exercise physiology, ECGs, screening and the exercise sciences. He is a co-author of the textbook “Exercise and the Heart. Since 1992, he has been the major consultant to Stanford Sports Medicine and participated in the pre-participation exam of all Stanford athletes and professional teams in their care. He led the writing group for the first international document to specify the ECG criteria that lower the false positive rate for screening athletes for sudden cardiac death and has been a participant in the two Seattle Criteria meetings. He is a coauthor of a chapter in the Olympic Committee 2017 Cardiology Manual. He initiated the program of ECG screening at Stanford which is now mandated by the Athletic Department. He was Director of the Sports Cardiology clinic but now he is a consultant. Athletic History;His amateur athletic experience includes lettering in collegiate tennis, playing intramural sports, running in slow 10k’s and over 15 Marathons. His “fastest” marathon was the “Avenue of the Giants” in 3 hours and 3 minutes. He has cycled down the coast to LA 4 times and used to climb Old La Honda often.;As a person who enjoys exercise and competition, he has a profound appreciation and respect for everyone’s freedom to exercise to the intensity and level important to them whether they have a heart condition or not.;Contributions to Science;* Sports Cardiology – For the past 22 years he has been the Cardiology Consultant for the Stanford Sports program and from 2015 till 2019, the Director of the Stanford Sports Cardiology Clinic. His group has contributed to recent advancements in sports cardiology and has presented data regarding the application of ECG screening and of the cause of sudden cardiac death in athletes.;* Screening of Asymptomatic USAF Aircrewmen – While Director of CV research and LtCol at the USAF School of Medicine (1972-1977), he presented seminal data on the angiographic findings and follow up of aircrewmen with abnormal ECGs and abnormal exercise tests.;* The Cardiovascular Effects of Cardiac Rehabilitation (PERFEXT) – While Director of Cardiac Rehabilitation at University Hospital and The San Diego VA (1977-1983), he was PI of an NHLBI funded randomized trial of Cardiac Rehabilitation.;* Prognostic Studies in Veterans – While Chief of Cardiology at the LBVAMC, he developed the cardiology data bases for follow up studies of Veterans who had ECGs and exercise tests. The techniques perfected were the basis for the VETs treadmill studies and the ECG studies that are still on-going. These studies led to over 100 peer review publications in major journals and have led to clinical risk scores widely applied.;* VA Co-operative Study of Quantitative Exercise Testing and Angiography (QUEXTA) He was the originator and Co PI for this study which applied computer techniques to both exercise testing and coronary angiography. It is seminal in that it also removed work up bias by only including patients with chest pain who agreed to both exercise testing and coronary angiography prior to any testing.