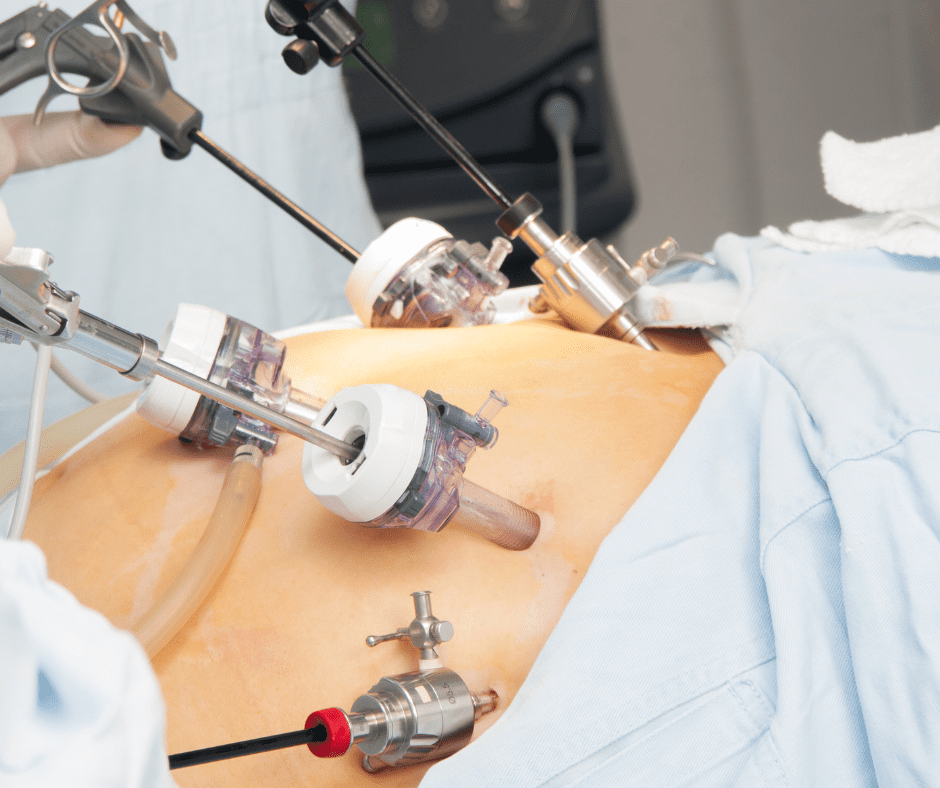 The History and Types of Bariatric Surgery

Historically, weight loss surgeries were classified based on their supposed mechanisms of action. Adjustable gastric banding was considered as a purely restrictive surgery, but a high long-term complication rate associated with weight regain, slippage and erosions has led to a loss of interest in this procedure in favor of surgeries with a metabolic impact. Hypoabsorptive surgeries were thought to decrease the absorption of nutrients by bypassing portions of the small intestine (i.e., gastric bypass or duodenal switch). However, mechanistic studies have described many metabolic modifications, including changes in incretins, gut hormones, bile acids levels, and microbiota, which has led to referring to these surgeries as “metabolic operations.”

What Bariatric Surgery is Right for Me?

The decision for the type of surgery is made by your bariatric surgeon based on the patient’s medical condition, including weight, obesity-related diseases, expected adherence with supplementation and follow-up, patients’ personal goals and preferences in terms of expected weight loss, resolution of comorbidities, and side effects.

The goal is to find a balance between the complications and risk of mortality associated with obesity itself, to improve the patient’s quality of life (QOL), and reduce obesity-related diseases while aiming for acceptable short- and long-term complications and side effects related to the surgery itself. As a rule of thumb, early and long-term risks and side effects, but also maintenance of weight loss and remission of comorbidities, are proportional to the intestinal bypass. Other bariatric procedures such as single-anastomosis duodeno-ileostomy and single-anastomosis gastric bypass are becoming more popular, but are still lacking substantial scientific rationale.

Adjustable gastric banding is one of the procedures that has evolved the most over the last 20 years, from a non-adjustable gastric band performed by laparotomy to laparoscopically performed adjustable gastric banding. Iterations of the technique have always aimed to reduce the complications that appeared over time. The procedure consists in placing an adjustable silicone band at the level of the cardia, creating a small stomach pouch above the band, with the rest of the stomach below the band. The gastric band is connected by a silicone tube to a subcutaneous reservoir. The reservoir can be inflated or deflated to control the opening between the pouch and the remainder of the stomach. Even though this procedure is associated with the lowest short-term complication rate, it is associated with a high long-term complication rate and weight regain, which has led to its progressive replacement by sleeve gastrectomy.

Sleeve gastrectomy was first used by laparoscopy as a staged approach in order to reduce peri-operative complications in high-risk patients. Interestingly, some patients experienced appreciable weight loss with the sleeve gastrectomy alone and did not require second-stage surgery, thus avoiding the side effects of malabsorption. Its relative technical simplicity and good outcomes led to a worldwide surge in popularity as a stand-alone procedure, starting around 2008. This procedure involves resection of the lateral part of the stomach to create a narrow gastric tube along the lesser curvature. It promotes weight loss through reduced meal volume and reduced appetite. It has become the most frequently performed surgical approach, representing 45.9% and 58.3% of all surgeries in the world and in North America. In addition, sleeve gastrectomy is typically easier to revise in case of weight regain compared with Roux-en-Y gastric bypass.

Roux-en-Y gastric bypass involves the creation of a small gastric pouch at the level of the cardia. This pouch is connected to the proximal small bowel by bypassing the first 75–150 cm and bringing a 100–150 cm alimentary limb onto the gastric pouch. Short-term metabolic and hormonal effects have been studied extensively in numerous studies.24 It has been considered as the gold standard in bariatric surgery until recently when it was supplanted by sleeve gastrectomy.

The duodenal switch combines moderate restrictive and hypoabsorptive mechanisms by creating a wider sleeve gastrectomy, while the duodenum is transected distal to the pylorus and anastomosed to a 250 cm alimentary limb, leaving a 100-cm common channel for nutrient absorption. Duodenal switch reduces morbidity and mortality, improves T2DM, and corrects many features of the metabolic syndrome in long-term studies. This operation compares very advantageously with the other surgical options available, offering the most pronounced and durable weight loss and 80–90% remission rates .

Yet, the technical complexity and the risk of long-term nutritional deficiencies have hindered its widespread use. According to the most recent data, duodenal switch represented 1.1% of the total number of surgeries worldwide.

If you are considering bariatric surgery and would like to arrange a teleconsultation, or request a quote we would be pleased to support you with this and help you on your path to health and wellness. You can also review bariatric price guides here.